BMR Homes is a family owned Remodeling and Restoration business in Homewood, AL. It was started by second generation contractor, Chris Youngs and his wife Michelle in 2004 out of the basement of their home. Chris grew up on job sites with his dad learning the craft and what it
meant to be a business owner. BMR was created with family as the focus, starting with the name: B- for his oldest daughter Brittany, M- for his wife Michelle, and R- for his youngest daughter Regan.

In 2005 Chris was called by members of his family in Mississippi to help after Hurricane Katrina. They were having a hard time finding respectful contractors to repair, and rebuild, homes along the coast. Chris was able to help countless people have a fresh start and move back into their homes. Once back in Birmingham, Chris worked hard to build a local team that he could be proud of. Now 15 years later, BMR has won 12 AREA Awards for their work around the city and is known as a positive force in the industry. 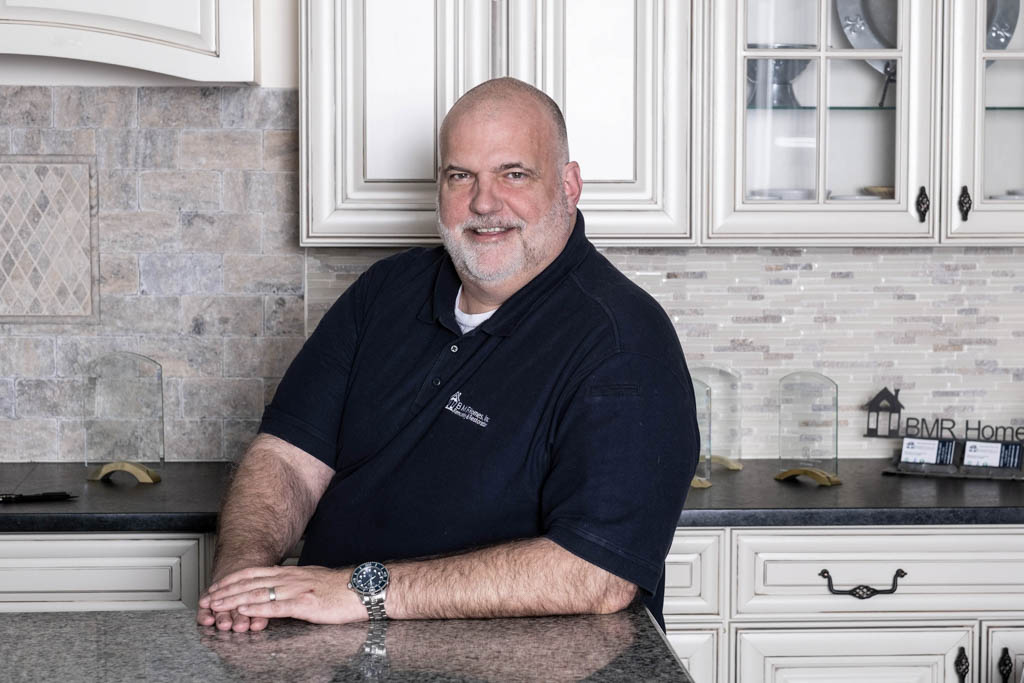 I guess you could say this job is in my blood. My dad was a contractor in New Orleans and I grew up working on job sites with him most of my childhood, essentially working in every position he could put me in. From site cleanup and framing, to plumbing, electrical and material runner, Dad made sure I experienced it all. I started BMR in 2004 and haven’t looked back since. Day to day I work closely with our Project Managers on any needs they may have regarding their different projects, I then do spot checks of various projects before coming back to the office and working on job bids. I also spend time working with Insurance Adjusters on various parts of our restoration projects so we can all be on the same page and they can have all the information they need.

I love what I do, but one of the best parts of my job is seeing the look on a homeowner’s face when we finish a restoration job for them, and they are able to move back into their home. Restoration work comes from incredibly traumatic situations and being able to bring comfort and joy back to a family that has gone through hardship. One of the best parts about working at BMR is our team! They are professional, honest and fun. We are a family company and my team is an extension of that! I love them and couldn’t do what we do without them. 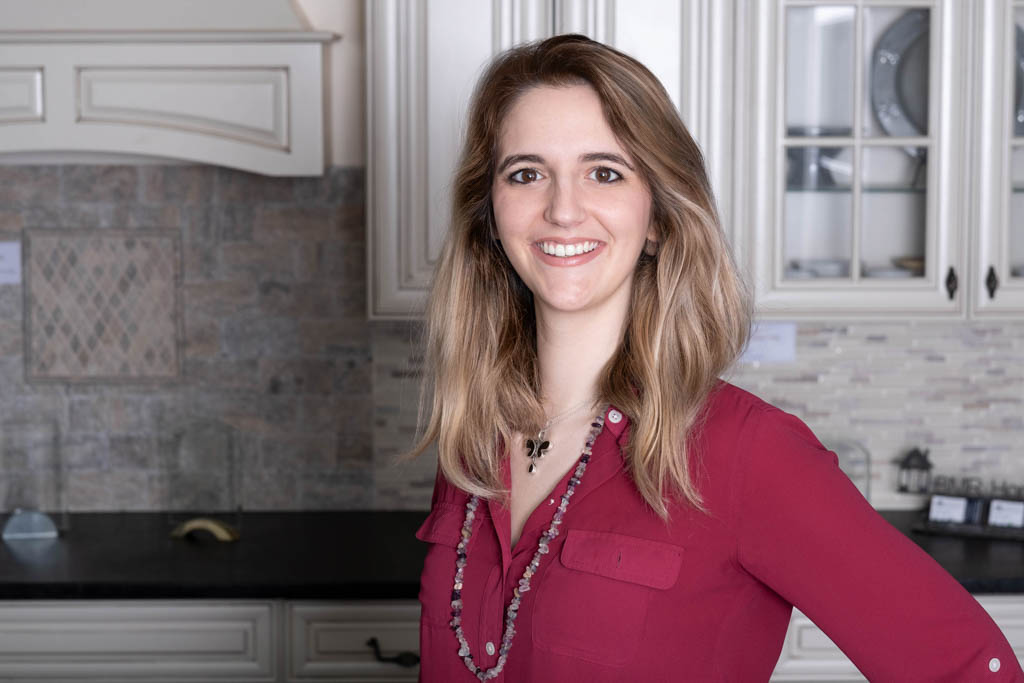 I’ve essentially grown up on job sites! I started young unrolling floor covers and pretending the carpet was lava, as I got older, I became part of the demo and cleanup crew during the summer. After college I was finally allowed to be in the air conditioning and helped write processes and procedures for the BMR team. For the last 3 years I’ve been in charge of performance on all the job sites, managing the relationships between insurance companies, mortgage companies and homeowners, in addition to handling some of the budgeting and receivables. I guess you could say, I do a little bit of everything in the office. I love being able to creatively solve problems and form strategies that best helps our customers.

One of the best things about working with our team at BMR is that we really are like family and have each other’s backs. That family feel isn’t just in the office, but with everyone we come in contact with, including our customers! 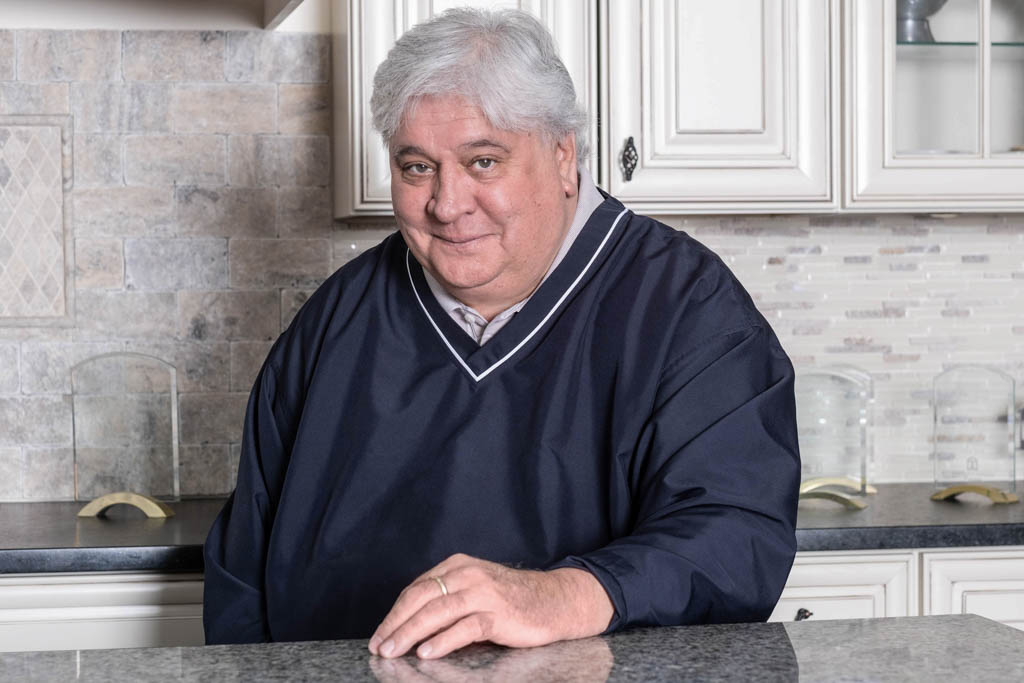 I have 43 years of experience in the accounting, finance and consulting industry, and have been with BMR for almost 5 years. In addition to consulting on policies and procedures, I also work closely with the Accounting and Operations Departments to insure smooth workflow and heightened performance as a whole. My role also requires that I work with insurance companies, both for our homeowners and for our business. I particularly enjoy doing high level consulting and helping BMR grow and be as successful as possible. My favorite thing about my job is the team that I work with. They are a great group of loyal, fun loving and determined characters that work hard to make sure that our customers dreams are a reality. It’s always rewarding when we can take on a major construction project and bring the customers vision to life.

I’ve been working in the field for almost 10 years and have spent the last year and a half with BMR as Project Manager. I spend my time working directly with homeowners, vendors and sub-contractors to make sure projects are running smoothly and on time. I get to watch the projects from start to finish, answering any questions the homeowners may have regarding all aspects of their project including design and budgeting. Being the boots on the ground is important for maintain the high-quality workmanship we expect at BMR. My day to day varies from checking jobsites, overseeing material deliveries, and maintaining schedules, to meeting inspectors and communicating with homeowners. I love being able to take a problem and find the best solution for our customers, while working with a team that is honest and works hard to insure we are showing support to our customers in stressful situations. 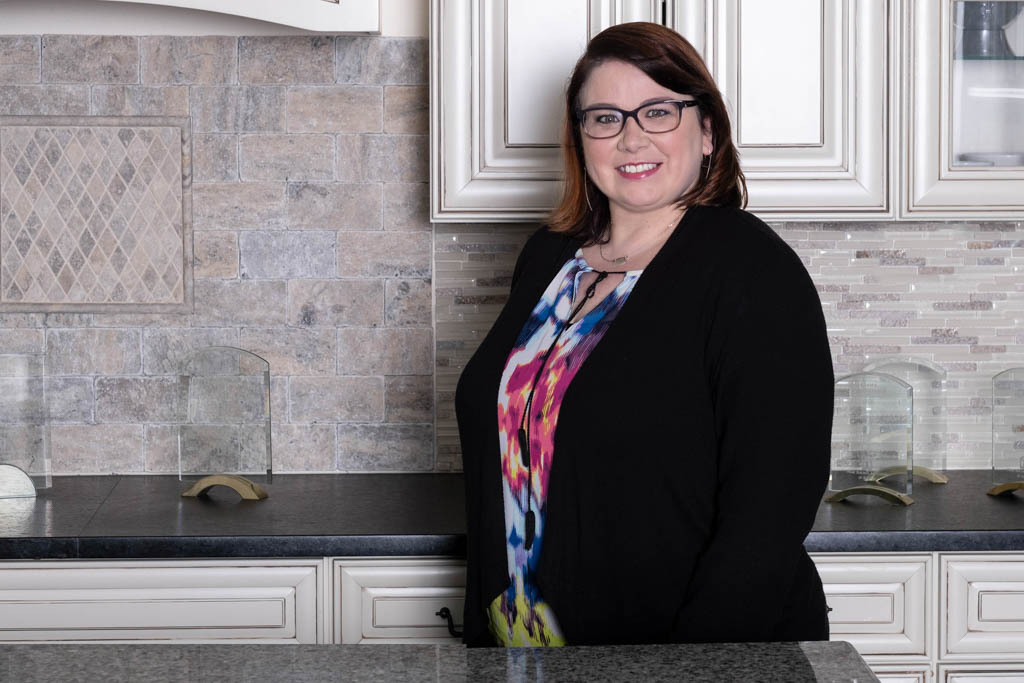 I’ve been working in this industry for more than 15 years as a designer, but have also worked with tile, stone and cabinet companies. This experience has led me to love working on kitchens and baths. I work closely with customers in figuring out the best options for their home based on what they like, and their budget. Some jobs are different than others, but I enjoy helping a customer put their home back together in a way they will love and that makes since to their everyday life! I also work closely with vendors and members of our team to place orders and help schedule out the jobs to insure we stay on budget and on time. Because there are so many moving parts in my position, every day is different. From designing spaces and meeting clients, to picking up samples and working at job sites, it’s always busy from where I’m sitting. I absolutely love meeting new people so being in front of customers is great for me. It’s great helping them accomplish their dream space and knowing I was a part in making them happy! I’ve enjoyed being a part of the team at BMR. We work on diverse projects and challenge each other in the most positive and motivating ways.

I’ve been in this business for over 40 years and specifically started working in the insurance repair side for 20 years. This time has given me a wealth of experience including using the program Xactimate. This program helps create estimates and budgets needed by the insurance companies for jobs to begin and stay on budget. I spend a lot of time at job sites measuring, taking photos and gathering all the information I need to create reports information needed both internally and by our customers. I work closely with our Designer and Project Manager to ensure that jobs are budgeted correctly and running smoothly. In my year and a half with BMR I have greatly enjoyed working for a family owned and operated business that cares about their employees, while demanding excellence and attention to detail. 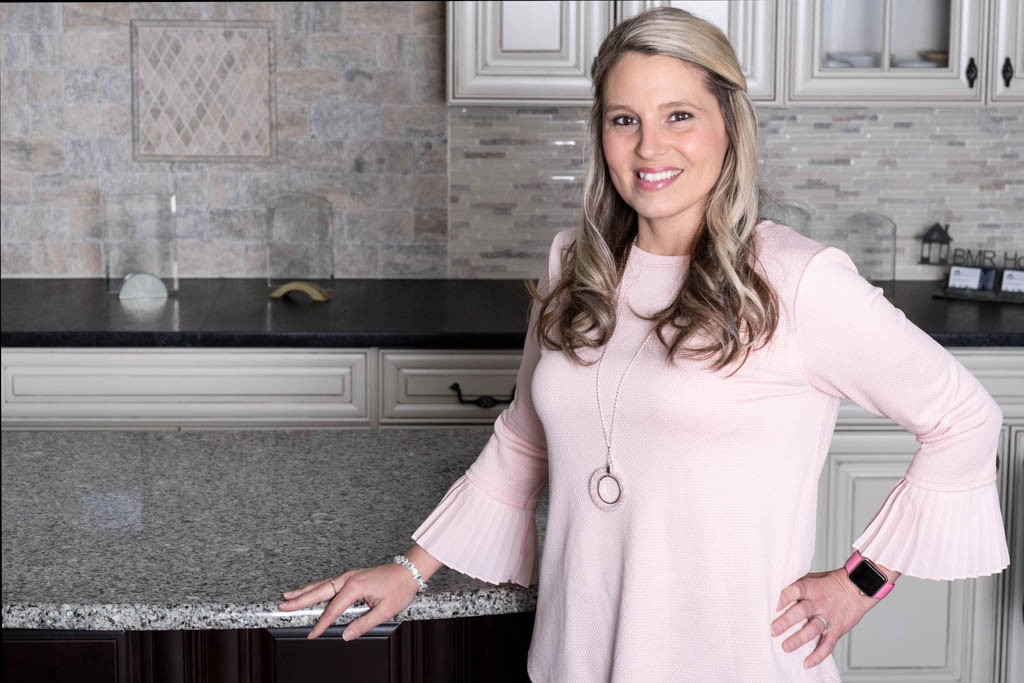 I’ve been in my role with BMR for almost a year now but have 20 years of experience in Office Administration and Accounting. Day to day in my job is always fun because it changes depending on what’s needed. It’s a pretty dynamic role in that I help with Accounts Receivables and Payables, but also help insure all the departments are organized and current on all projects. I’m pretty efficient with that, considering I have 4 boys at home and organization is key! I love working with a team that cares so much for our customers and each other. We get to help families restore their homes, and that’s an incredibly rewarding experience to be a part of. 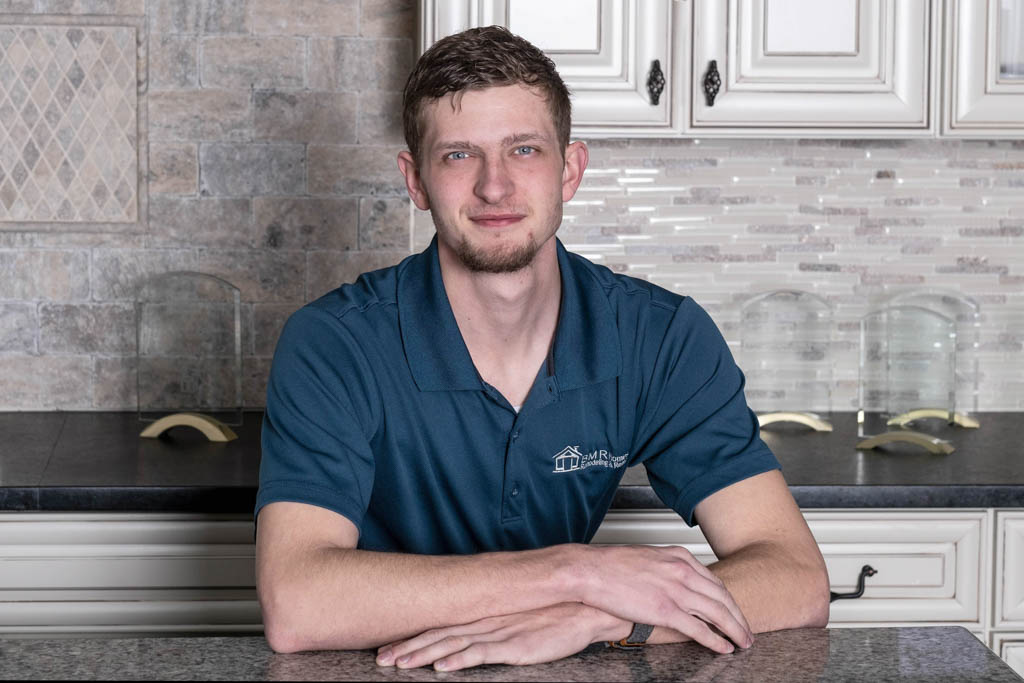 I’ve been in the construction business for almost 3 years and have been working as a Project Manager for BMR for a few months. As the Project Manager I’m in charge of making sure jobs start and end on time, in addition to meeting with sub-contractors and homeowners to insure we stay on budget. I also handle updates for the team and homeowner and work to make sure the projects are completed with care and accuracy. I really enjoy the instant gratification of watching projects come together and seeing our customers faces light up when they see their home. Knowing we make a difference in their day to day life is special. One of the great things about working at BMR is the family-oriented atmosphere. It really helps me, and the customers, feel like a true part of the family.

We are open for Emergency Services during COVID-19

If something happens at your home and you need our assistance, our restoration division is here to help with emergency services throughout this stressful time. We are prepared to take any and all precautions when it comes to the safety of your family and our team members, including meetings through web conferencing or FaceTime if an in person meeting isn’t necessary. Should an in person meeting be necessary, any and all measures will be taken including social distancing, masks and gloves, and proper sanitization where needed.